The Form of Things Unknown by Robin Bridges
My rating: 4 of 5 stars

A good new girl to new town book.
Centers around Natalie who has just had a heck of a break up, and is making new friends in her new home town after moving to help support her grandmother.

Main characters are well developed but I feel the supporting characters lacked in connection to the story. Such as Starla and Colton.

Overall, a decent read and a surprising ending.

In Real Life by Jessica Love
My rating: 5 of 5 stars

And I Darken by Kiersten White
My rating: 4 of 5 stars

I really liked this book.
The major thing that I loved was that the story begins at the very beginning of the main character’s lives. Right from birth. This frightened me a bit because I thought maybe this would not progress to their young adult and adult lives. I was wrong and I loved having the whole story!
This book is full of details both in character and surroundings.
My first Ottoman Empire read and I truly enjoyed it.

The relationship between Lada and her younger brother Radu was an odd one. Lada is a special girl. She is a strong willed girl-woman in a man’s world. Thus, she must be brutal and overpowering to stand out among the boys and men of her world. Unfortunately she is more man than that of her brother who is weak and cries too much.

Overall, I found the character progression satisfying. I look forward to another story with these characters.

The Winner’s Crime by Marie Rutkoski
My rating: 4 of 5 stars

While this was a good book I can’t say that I loved it as much as the first book.
Then again when do we really ever love the second book of a series?

There are several things that happened in this installment that I found very interesting. Such as Arin’s trip East. Kestrel really has her thinking cap on in this book too.

I can say for certain that I dislike the Emperor even more now. I also have a love hate feeling for Kestrel’s father.

I did not like the ending of this book AT ALL.

There is no conclusion what so ever.
Hate endings like this.

I look forward to the next book though.

“What if you could live forever?”

That is a tough question to answer. It is almost like would you become a vampire or werewolf which also promises immortality? The spring merely promises you to continue being a human. While the prospect of immortality is interesting to me it is not quite as cool as a supernatural ability or super power. I think if another attribute came along with it then I might drink from the spring. Just being a plain human sounds like life would get boring, unless I was able to share that time with another person I love and adore, such as my husband. However, when you mix our children into the equation my answer will change. I would love to live old enough to see my children prosper and even see my grandchildren or great-grandchildren even would be lovely. However, I would not want to see anyone I love to perish before me. That would be torture and I do not enjoy torture.

The 40th Anniversary Edition publishes on January 20th; however, you can pre-order a copy by going to the Macmillan website!

For me personally, book covers, titles, and series titles should support the story as much as possible. These elements are the initial marketing that readers see or hear. They either grasp our attention and interest or they…..don’t.

The cover of Pawn is a great example of tying the cover to the story. Before reading the book you would not be able to see all the details and how they factor in but there are many in this cover.

First, the title Pawn is supported with the chess piece in the upper right hand corner. It is also supported by the teaser line of “The first move is hers…”. Then we see the maze like center, which is later revealed to be a necklace that Lila receives. The center of the maze details an eye and the Roman numeral of three. The importance of the bright blue eye is explained. Kitty’s eye color is a perfect match to Lila’s, a Hart signature, and we find out that the eyes are the one thing that cannot be changed when someone is masked.  The number three represents Kitty’s status in society. The cover is gray such as the color of stone.

Taking a closer look at Captive we see the same blue eye but the three is no longer there and is replaced with a seven. The maze like detail has changed. I suspect this might be to represent Section X of Elsewhere. The chess piece in the corner has increased rank from a pawn to a rook. The teaser line is now “Some moves are riskier than others”. The color of the cover is now a wood color which would represent an increase from stone. This cover does not have as many details to uncover as the first book. The major differences are the maze, the number in the eye and of course the cover color.

The next book in the series was announced to be called Queen. I suspect to see a queen chess piece in the corner, an X in the blue eye and I am not quite sure about the maze or the cover color. I want to say an iron color but that would be too close to the Pawn stone colored cover.

What are your thoughts on these covers?

For the past two months, Kitty Doe’s life has been a lie. Forced to impersonate the Prime Minister’s niece, her frustration grows as her trust in her fake fiancé cracks, her real boyfriend is forbidden and the Blackcoats keep her in the dark more than ever.

But in the midst of discovering that her role in the Hart family may not be as coincidental as she thought, she’s accused of treason and is forced to face her greatest fear: Elsewhere. A prison where no one can escape.

As one shocking revelation leads to the next, Kitty learns the hard way that she can trust no one, not even the people she thought were on her side. With her back against the wall, Kitty wants to believe she’ll do whatever it takes to support the rebellion she believes in—but is she prepared to pay the ultimate price?

For Kitty Doe, it seems like an easy choice. She can either spend her life as a III in misery, looked down upon by the higher ranks and forced to leave the people she loves, or she can become a VII and join the most powerful family in the country.
If she says yes, Kitty will be Masked—surgically transformed into Lila Hart, the Prime Minister’s niece, who died under mysterious circumstances. As a member of the Hart family, she will be famous. She will be adored. And for the first time, she will matter.
There’s only one catch. She must also stop the rebellion that Lila secretly fostered, the same one that got her killed …and one Kitty believes in. Faced with threats, conspiracies and a life that’s not her own, she must decide which path to choose—and learn how to become more than a pawn in a twisted game she’s only beginning to understand.

For your chance to win a copy of either Captive or Pawn fill out the below Rafflecopter widget!
Giveaway is open to US/Canada only.

Wow. What an amazing book!

This book is no different. LOVE.
Sybella is such a strong character. She endures so much and overcomes everything while retaining who she is. Her family is whacked. WTH is wrong with those men!

Beast, oh Beast. He really steals the show sometimes. I also loved this character. Sybella and he are perfect traveling companions. She plays nursemaid very well.

If you enjoyed the first book you will no doubt love this book too.
If you enjoy historical fantasy you will also enjoy this book. It is full of adventure, historical political issues and alight with humor at perfect times.

I especially loved the author’s closing notes at the end where she justifies some of the terms she used. She also explains the timing of actual historical events that she based this book on. I found it intriguing to learn that such events actually happened!

I look forward to reading the next book in this series.

The Vault of Dreamers by Caragh M. O’Brien

A great concept. Love this author. I was skeptical about this book about half way through but then realized that I had to have faith in the author.

What a fantastic read!
Highly recommend. 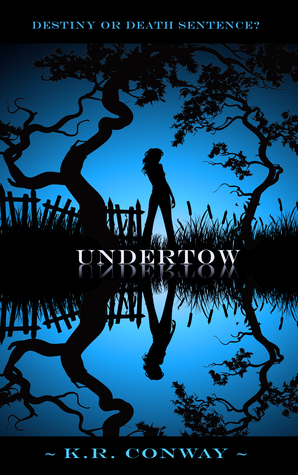 I really liked this book.

It is unfortunate that it has some similarities to Twilight and Vampire Diaries but overall, I enjoyed it so much that I forgive these likenesses.

Eila and Raef have one of those instant super natural charged love at first sight things going on.
It’s strong and hot, which is an okay thing but I guess I’ve just read enough contemporary stories lately that I missed the getting to know you background filler. Instead we’re thrown into this strange world of otherworldly creatures with special abilities and oh, my goodness, everyone is trying to kill me situations.

I love the side characters of Ana, Kian and MJ.

I’m off to start the next book of the series! I guess that goes to show that I really did enjoy this book in the end.

Suspicion had the premise to be an excellent book.

However, I believe the layout and details put into the beginning chapters was done all wrong.

Too much time was spent leading up to Imogen’s move to Rockford Manor. Once there Imogen’s story moved much faster, maybe even too fast.

Overall, the concept and the characters were great. Unfortunately I did not love it all that much.